Founded in 1956 —Charles and Helen Bacigalupi—purchased 121 acres on Westside Road, a few miles south of the town of Healdsburg in the Russian River Valley of Sonoma. The soils in RRV result from a collision between the North American and Pacific tectonic plates which caused the uplift of ancient bedrock, which then eroded. Within the last few million years the eruption of volcanic vents immediately to the east resulted in the deposition of volcanic ash on the shallow ocean bottom. The resulting sandstone resulted in the famous Goldridge loam soil. I began making wine from Bacigalupi Vineyard in 2012 after researching the sources and neighbors of premium pinot noir producers whom I respected such as Williams Selyem, Gary Farrell, Edge Hill, Arista, and Rochioli Vineyards. Bacigalupi Vineyard has been part of our portfolio ever since. The fruit from Bacigalupi comes from two blocks on their Frost Ranch property which split Clones 667 and 777. The wine when young has a deceptive nose of forest floor, wet earthy humus and dried herb which leads one to believe the wine will be light in weight, with high acid and moderate tannin, however… once the wine is on the palate it leaves nothing to the imagination as it is extremely generous with loads of ripe red fruit, lush creamy round texture, moderate to low acid… PURE-California! This is one of our favorite wines to make AND drink! 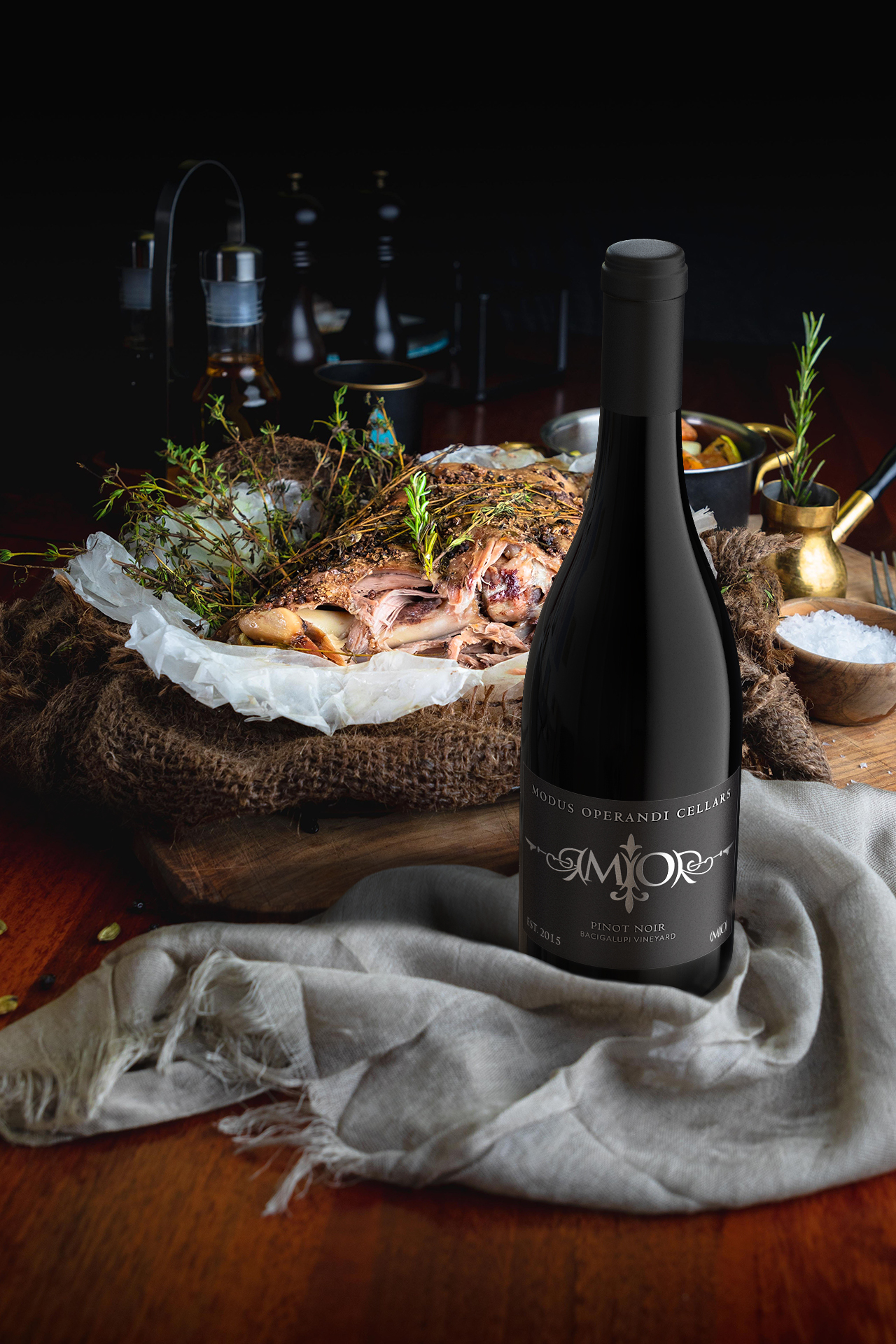